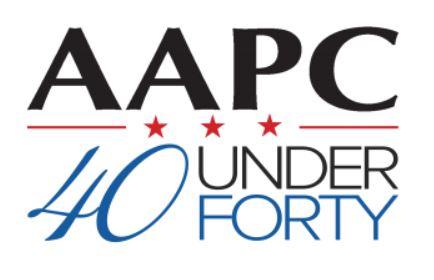 The AAPC is dedicated to fostering the next generation of political professionals and is proud to recognize leaders and innovators in the political business community (including media, advertising, polling and public affairs) who are making a mark in their organizations and their professions and whose conduct has been consistent with the Professional Code of Ethics of the AAPC. Award recipients will be honored at an award ceremony on Tuesday, April 2nd at the 2019 Pollie Awards & Conference in Napa Valley, California.

Matt Moore, 36, is a partner at First Tuesday Strategies who served as Chairman of the South Carolina Republican Party from 2013-2017, the state party’s most successful four-year cycle in history. He was the youngest state chair in either major political party for most of his two terms. In late 2016, his name appeared on the short list of candidates to lead the Republican National Committee.