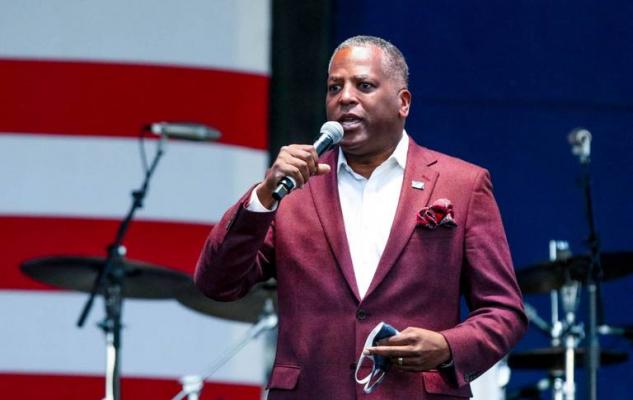 Columbia Mayor Steve Benjamin has been tapped as the co-chairman of a national leadership board.

The Columbia leader will be the first sitting mayor to serve as co-chair of the board.

“Mayor Benjamin’s appointment as USGLC’s co-chair is not only ground-breaking but grounded in our DNA – that USGLC is rooted in main street America and no one reflects this better than America’s mayors,” USGLC President Liz Schrayer said in a release.

Benjamin is no stranger to top positions in national, and even international, organizations. He is a past president of the U.S. Conference of Mayors, the non-partisan, national organization of mayors of cities larger than 30,000 residents. He was among a number of mayors in that organization who met virtually last week with President-elect Joe Biden and Vice President-elect Kamala Harris.

Benjamin also currently is the vice chairman of the Global Parliament of Mayors, and chairs the executive committee of Municipal Bonds for America, a non-partisan coalition of municipal bond issuers and state and local government officials that advocates of the benefits of municipal bond markets.

The Columbia mayor was enthused by the new opportunity with the Global Leadership Coalition.

“The USGLC plays a singularly important role in supporting the United States’ diplomatic and development efforts across the globe,” Benjamin told The State on Monday night. “I’m honored to join their leadership team.”

Among other things, the USGLC advocates for a larger federal international affairs budget. Benjamin will begin his board co-chair role on Jan. 1, 2021.