Back to All News
2 years ago 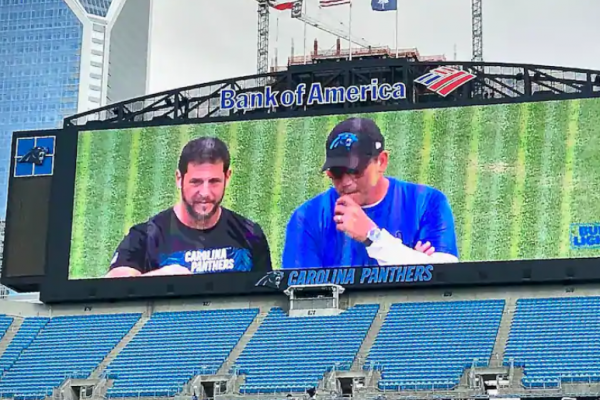 In combat zones around the world, including Iraq and Afghanistan, Lt. Col. JC Glick spent a fair amount of his time reading through pages and pages of “SitReps,” or situation reports. The updates his platoons filed every day helped commanders track targets of interest, but they were sometimes wordy or hard to parse. The former Army Ranger often found himself sifting through a mountain of paperwork, trying to puzzle out what actually mattered.

In this way, Glick was like any manager in any company. But he learned to categorize the contents of a SitRep into three buckets, and during a recent interview, he used an example of tracking a target with satellite imagery. Data is one satellite image. Information is multiple days of imagery with notes on the target’s travels and interactions. Intelligence is information combined with insight from analysts — the who, what, when, where, why and how of the target’s movements.

The military covets intelligence. It turns a target’s past actions into predictive behavior. But SitReps can blend data, information and intelligence, so Glick had to determine which was which. He remembered seeing past commanders read SitReps while saying: “Don’t care. Don’t care. Tell me about that.” He came to think of this process as separating what was interesting from what was important.

“Information tends to be interesting,” he said. “Intelligence is important. Intelligence gives me the so-what.”

Ron Rivera likes sayings — “Be where your feet are,” “Don’t draw me a map unless you’ve been there,” “Control your inner APE [attitude, preparation and effort],” etc. — but since he took over as the coach of the Washington Football Team a year ago, perhaps none have been as relevant as the one he adopted from Glick. The phrase — “don’t make what’s interesting important” — became a guiding principle during a year of constant distraction for the organization, including the coronavirus pandemic, protests, a name change, culture change, a cancer diagnosis, accusations of workplace sexual harassment and a bitter ownership battle still playing out in court.

During Rivera’s news conferences, his brain often appears wired to differentiate between the two words. He uses “interesting” for injuries, position battles, most statistics, standings updates, his cancer battle and how it relates to the team’s performance, and pregame story lines about revenge or redemption. He uses “important” for topics such as history, fast starts, civic engagement, interior defensive line play, “quarterbacks who know your system,” and gender equity through the advancement of women in football.

“It’s an interesting phrase, I can tell you, that has become important at times,” Rivera said, grinning. “It’s just interesting to me that people jump on something and make a big deal of it. I’ve never truly understood why people do that. Something that’s interesting becomes important — it’s one of our biggest problems. It detracts on what really is the significant thing that you should be focused on. So I do that because I want to make sure the guys are focusing on what truly needs to be focused on.”

Rivera and Glick met shortly after Glick retired from the military in 2015. Glick had co-founded a private leadership consulting business and worked with big names such as McKinsey & Company and the Denver Broncos. He heard Rivera, then the coach of the Carolina Panthers, grew up the son of an Army officer and was passionate about the military, so he approached Rivera about working together. The Panthers hired Glick as a consultant.

Quickly, Glick became a confidant. He attended practice regularly, counseled Rivera during difficult decisions and provided feedback on how the coach could improve as a leader, including being nicer to his kicker. Glick was impressed by Rivera, calling him one of the best leaders he had ever been around and comparing him to Gen. Stanley McChrystal, a mentor. The two became friends; Rivera wrote a blurb for the back cover of Glick’s first book, “A Light in the Darkness: Leadership Development for the Unknown.”

“Washington fans have to realize they have a leader I would go to combat with tomorrow,” Glick said. “I don’t say that lightly.”

The most obvious way in which Glick helped shape Rivera’s thought process is with “interesting” and “important.” Rivera didn’t always draw an explicit line between them, and earlier this season, the contrasts seemed almost subconscious. But there was a noticeable shift in late November, when Washington gained substantial footing in the NFC East race.

“Our tendency is to focus on things that are interesting and make them important,” Rivera said Nov. 30. “The thing that we have to do is focus on really what is important, and that is we have a heck of a matchup against Pittsburgh coming up.”

Over the next few weeks, he used it again and again, as if willing his team’s focus to where he wanted it. The strongest version came Dec. 23, after images surfaced on social media of quarterback Dwayne Haskins violating coronavirus protocols. Reporters asked Rivera several questions about the embattled former first-round pick, and Rivera grew frustrated. He threatened to walk out of the news conference if he was asked about Haskins again.

“Don’t make what’s interesting important,” he said. “What’s important for this franchise right now is that we’re going forward. We play on Sunday. I want to get that really clear. We play on Sunday. The game on Sunday, to me, is more important than what has happened. What has happened has been dealt with. There have been consequences. Now we’re going to what’s important, not interesting. … Let’s talk about the Carolina Panthers versus the Washington Football Team, please.”

This sentiment did not surprise Glick. He saw parallels between how Rivera handled the Haskins situation and how he once dealt with a violation of team rules by Panthers quarterback Cam Newton. In December 2016, on a team flight to Seattle, Newton broke dress code by not wearing a tie, and Rivera benched him for the opening drive against the Seahawks. Derek Anderson, the backup, threw an interception on the first play of the game, and Carolina went on to lose, 40-7. But afterward, Rivera told reporters he stood by his decision because he treated Newton “like I do all the other players on the team.”

Glick considered the benching one of “the bravest things I’ve seen a professional coach do.” It would have been easy to overlook a misstep from the face of the franchise, one of the league’s highest-paid players and a favorite of the team’s owner. It was unfortunate things went wrong with Anderson’s interception, Glick said, but the process was more important than the result.

“The statement was important,” Glick added. “Everything else was interesting; even the reason he got benched was interesting. But the important thing was that he said, ‘No one is above any one of us.’”

This week, someone told Rivera that 10 out of 10 experts on a panel picked Tampa Bay to beat Washington this weekend. Rivera said he didn’t care. He emphasized to his players that the only thing they should care about is “what is important to us as a football team.” He thought back again to the panel.

“Is that important or is that interesting?” he said, before shifting to his newest saying. “At the end of the day, why not us?”