The journey of Michael Allen: From running back to architect to entrepreneur 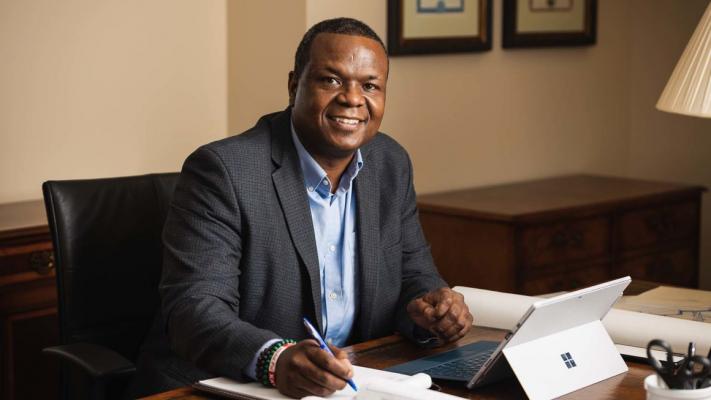 There came a time in Michael Allen’s life when he had to choose between football or architecture.

It was 2005; Allen was by then in his late 20s, and his dreams of playing in the NFL were evaporating. A star athlete who grew up in Conway, South Carolina, Allen attended Clemson University on a football scholarship and was an off-and-on starter for the Tigers.

“I was good enough that I was looking at the next level,” said Allen, now 43. “My eyes were set on playing for the NFL, training with an agent, talking with teams and working towards that.”

But after a two-year stint playing arena football in Grand Rapids, Michigan, and the now-defunct Carolina Rhinos in Greenville, Allen found himself at a crossroads. Did he want to keep playing football knowing his chances of a NFL career were getting slimmer and slimmer? Or did he want to do something with his degree in architecture?

“It was a hard, hard decision because I really loved football, and when you have that ability to play at a certain level, it’s painful not to be able to,” Allen said.

He spent the next 14 years working as an architect in Greenville, first with Goodwyn Mills Cawood and then McMillan Pazdan Smith, where he was part of the design team behind the Springs Brooks Baseball Stadium at Coastal Carolina University. The Chanticleers went on to win the College World Series the next year.

“One of the reasons I fell in love with architecture was being able to see my design go from a sketch to actually having people walk through it and be able to smell it and see it and touch it,” Allen said. “Being able to design something that my family and friends were able to see and experience was huge for me.”

In Oct. 2019, after four years with McMillan Pazdan Smith, Allen struck out on his own and opened his own firm, MOA Architecture. (The name comes from his initials, Michael Oneal Allen.)

He wanted to work at a firm that shared his ethos and approach to design, and the only way to do that, Allen thought, was to create a firm of his own.

It was a big leap of faith.

He had 19 years of architectural design experience. He knew his craft, knew how to talk to clients. But he was also very much afraid of failure.

“The comforting thing was I wasn’t getting into a business that I didn’t have experience in,” Allen said. “I wasn’t creating a new app. I wasn’t starting some new technology company. I was starting something I already had experience in, which made me feel a little better.”

He also read all he could on the subject and picked the brains of friends who had started their own businesses.

Now, more than a year later, MOA Architecture has designed several major projects, including the new 1890 Research and Extension Center at South Carolina State University and the historic Echo Theatre in downtown Laurens.

Originally a segregated movie theater, the building served as a meeting site for the Ku Klux Klan and later housed The Redneck Shop, a white nationalist and neo-Nazi clothing store that sold T-shirts, bumper stickers and KKK robes. The theater is now owned by New Beginnings Missionary Baptist Church, and plans are in motion to turn the building into a community center that celebrates diversity.

“It will also have a museum that outlines the story behind the building, what the Klan has done in that area and how the building itself is going to transform some of that history into something good,” Allen said.